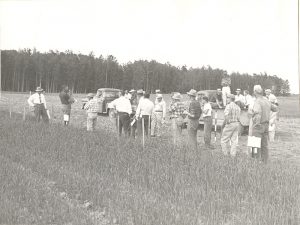 The first recorded European to visit present-day Alberta was Anthony Henday who explored for the Hudson's Bay Company in 1754. Fur trading posts were built, especially along the North Saskatchewan River and the first one, in the vicinity of gardens or small arable fields associated with some of the trading posts.

The earliest agricultural settlement occurred in the prairie or parkland belts where Chernozemic soils and Brown and Black Solonetzic soils dominated. Settlement was favoured in these regions because of access from the rapidly expanding railroad system and the ease of preparing the land for arable agriculture. Expansion into the forest belt became significant in the period 1910-1920, often following clearing by lumbering companies.

Of the settlers who came to the forest belt, some were sons of families who had pioneered earlier in more easterly parts of Canada and the United States. Some were abandoning recently acquired homesteads in the arid prairies, some were veterans of World War I and many were escaping from crowded and depressed conditions in Europe. They settled an area where there was very little experience with arable agriculture and almost no information about the soils.

Indeed, it was apparently assumed that the soils must be very productive because they supported good stands of white poplar (Populus tremuloides) and white spruce (Picea glauca). It did not take many years to discover otherwise!

The question of which was the better grass - fescue or brome - was a friendly debate between Mr. Hendrigan and the soil scientists at the University of Alberta. 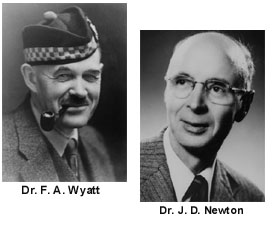 Dr. John Newton studied at the University of California. He was appointed to the Department of Soils, University of Alberta in 1922. He, with Dr. Wyatt, started research at the Breton Plots site in 1929. 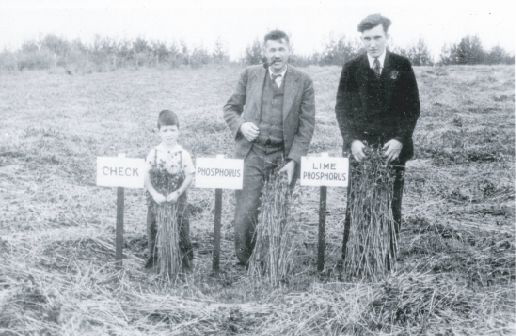 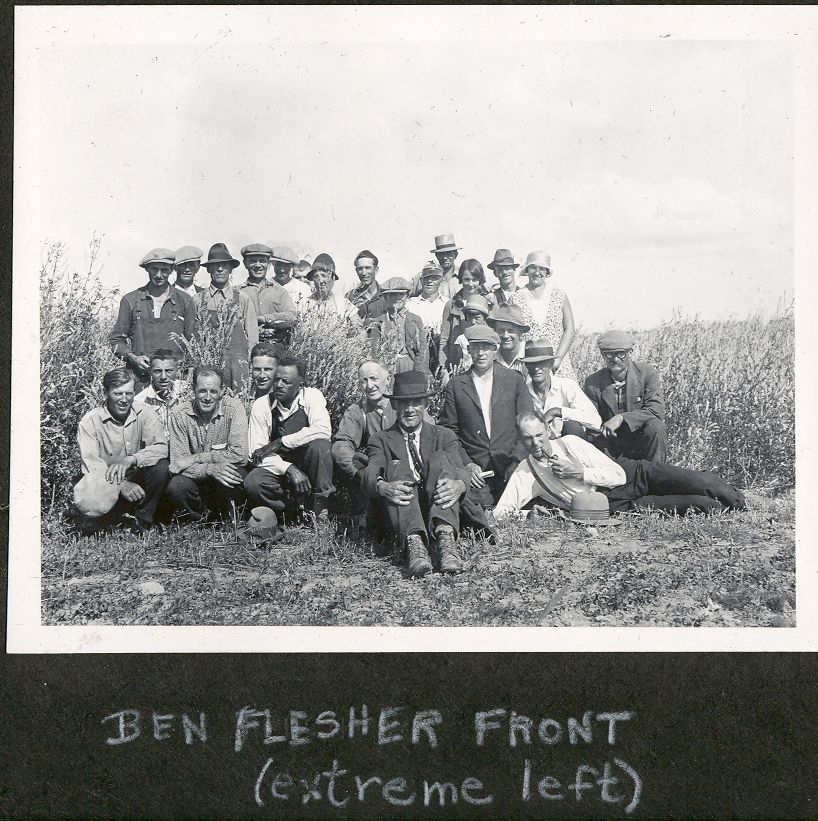 Mr. Ben Flesher provided the land for the first plots in 1929. Ben did many of the plot operations including tillage, seeding and harvesting. The 20-acre parcel of land on which the Breton Plots are located was purchased by the University of Alberta in 1946. Mr. Flesher was one of the founders of the Breton Plots and made a significant contribution to the research and outreach activities over a span of 40 years

This is the layout of the preliminary plots in 1929. Note especially the small sulphur plot in the upper left corner. It was on this plot in 1931 that Dr. Newton noted a marked benefit of added sulphur on clover plants and established that the Breton loam was deficient in sulfur. The plot set up was modified in 1930 to include crop rotations. 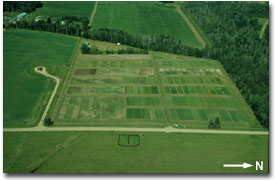 An aerial photograph of the Breton Plots taken in 1992. The Classical Plots consist of 6 blocks and 11 treatments. The rotations are (1) a 2-year Wheat-Fallow (WF) rotation; and (2) a 5-year Wheat-Oat-Barley-Hay-Hay (WOBHH) rotation. These plots are located on north half of this research site. Several sets of medium-term experimental plots are located in the southern half. Current experiments include management of straw/tillage and phosphorus fertilizer. The research site is well documented and has a meteorological station. Major discoveries and complete publication records are presented in other sections on this web site.